Birth of the Healing Journey 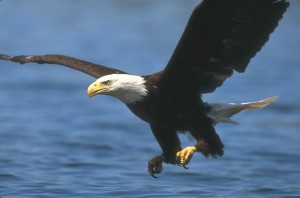 My name is Wakan Sa Hunka of the Rides the White Horse Clan.

I am a shaman and a healer. My journey into the shamanic world began, in part, when my family was adopted by the Red Elk family in Montana on the Fort Peck Indian Reservation in 1982. As a result of that adoption, Gerald Red Elk, a Sioux Holy Man, became my uncle. He died a little over three years later.

Those three years, however, would change my life dramatically and the lives of my family. My father was a chemical engineer who had been working on a project on the reservation for Northern Natural Gas. They were about to leave the reservation for another assignment when his secretary, Imogene, who was Gerald’s sister, wanted to formally adopt my mother in the Indian way.

You see, my mother and Imogene had become good friends, and it was through that friendship that Gerald had learned about me. Little did I know that he had planned to include my wife Pam, my sisters, and both my parents in the adoption and naming ceremonies. I had comefrom the corporate world, having worked as a technical recruiter for companies such as Exxon, Tenneco, Fluor, and Kellogg Engineering.

I had no idea that my life was to take a turn into worlds I had never experienced, and I was about to be given a name that would take me 17 years to discover its true meaning. In 1984, Gerald was asked to fly to Colorado and give a presentation to the Institute of Noetic Sciences Board of Directors. Gerald insisted that Pam and I go along with him.

The evening consisted of a dialogue between the board members and Gerald followed by a dinner. During the discussion session, Gerald referred to me as a healer and explained that I did it differently than he but was a healer nevertheless. That was my first glimpse of what was to come on the healing journey.

During that year, following Gerald’s request, I was successful at arranging a meeting between Gerald and Chogyum Trungpa Rinpoche, a well known Tibetan Lama and teacher, in the mountains outside of Fort Collins, Colorado. The meeting was so dramatic and auspicious that the word went around the world among Trungpa’s students of this meeting between their guru and this enlightened Indian Holy Man.

I received a call a month later from Father Thomas Keating inviting Gerald to an inter-religious council meeting at Saint Benedict’s Monastery in Old Snowmass. Fr. Keating was bringing representation from the major religions of the world to enter into a dialogue to see if there were points of common agreement, and he wanted a Native American representative. Gerald insisted that I go with him, and I have been a member of that council for the last 17 years even though I do not belong to any organized religion. Before he died, Gerald gave me a Shaman’s pipe and told me that I would know what to do with it one day. Gerald entered the other worlds in 1985.

Later, I was honored to spend time with Rolling Thunder, a Cherokee medicine man, and Don Eduardo Calderon Palomino, a Peruvian shaman, and several other elders of the shamanic world.

In 1988, I was asked to be a “guinea pig” in a brainwave study, and it was there that doctors discovered I had brainwaves that had never been seen before. Through their research it was discovered that I could alter other peoples’ brainwaves and alter their physical ailments. In 1992, I was called into a coma case in Fort Collins, Colorado. Peter, an Australian helicopter pilot who flew for Channel 9 news in Denver, Colorado, was at death’s door, and the doctors were advising the family to “pull the plug” on life support and let him die. I spent the night with Peter, and at 2 a.m. he responded to my voice. He later came out of the coma, and it was major news.

A second case involved an Australian singer in Canada who was in a “no hope” coma situation, and the founder and chief editor of the New Age Journal flew me to British Columbia. In two days, the singer came out of the coma and began to talk. The New Age Journal published an article in the Sept\Oct 1994 issue about my work on those miraculous coma cases. Shortly after that article, I was featured on Sightings and NBC’s The Other Side, followed a few years later by That’s Incredible. I have been involved with a number of high profile coma cases since 1992 after the traditional medical profession had given up hope for any recovery.

I have since helped people with various other ailments that were physical, mental, and spiritual, which led to an invitation to be a member of the University of California at San Diego School of Medicine Wilderness Medicine faculty.