What Is a Shaman?

The words shaman and shamanism can bring up irritation and resistance and sometimes anger in some Native Americans.  I don’t claim to be a Native American by heritage but I was adopted in the traditional way, put through a naming ceremony and given many gifts by a wonderful Yanktonai Sioux medicine man and his family.  This medicine man gave me a pipe to carry and told me it was a shaman’s pipe.  He asked me to do healings on him and asked me to help in the healing of his family members.  So, I honor his wisdom and knowledge by accepting what he not only gave me physically but also what he gave me spiritually.  If you find, in reading these pages, that I have offended you or any of the Native American people, it was, and is not my heart’s intention.  I told Gerald, one day; shortly after he adopted my family : “Gerald, I’m not a white man trying to be an Indian.  I’m not interested in learning your songs,  your dances and traditions.”  His response was: ” I know” and then he would invite me to a sweat lodge ceremony or call me and tell me that he was invited somewhere to do a ceremony but he wouldn’t go unless I went with him.  I only knew him for 3 1/2 years……..when we met we both knew he was dying.

I have discovered since creating this site that I am a descendant of Chief Mamenthouensa of the Kaskaskia tribe and once Chief of the Illini Confederation.  Marie Rouensa, daughter of Mamenthouensa married my ancestor in the 1690’s.

The shaman’s path is a solitary path.  It is one of personal experience and is a path that is walked in many cultures of the world and is connected to no religion.  The mere fact that the word came from a specific region of the globe does not negate the fact that it is real all over the world.  I have been recognized for a talent that I have, by Native American elders, Holy Men, Medicine men and women and I do my best to honor their faith in me.

A Little more on shamanism

“Over tens of thousands of years, our ancient ancestors all over the world discovered how to maximize human abilities of mind and spirit for healing and problem-solving. The remarkable system of methods they developed is today known as “shamanism,” a term that comes from a Siberian tribal word for its practitioners: “shaman” (pronounced SHAH-mahn). Shamans are a type of medicine man or woman especially distinguished by the use of journeys to hidden worlds otherwise mainly known through myth, dream, and near-death experiences.”

Quoted from The Foundation for Shamanic Studies 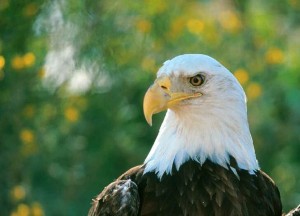 The word ” shaman” comes from the Tungus language via Russian.  The Tungus have no word for shamanism but the word came into usage by anthropologists and historians trying to describe the experience and practices of the shaman.

The shaman has the ability to consciously move beyond the physical body into other realms of existence, to parallel worlds and other spaces physical and non-physical.  These movements into other realms happen with a shift in consciousness, which is usually described as a trance state.  The shaman, depending on what needs to be accessed can move in various levels of the trance state to help others.   Once a person begins to travel this shamanic path he will soon realize that his everyday perceptions of the world are different than most people and there is no turning back..

A shaman can be a man or a woman and in the past they held a place of honor in the tribe.  When I use the word “tribe” I mean it to apply to all tribal people of the world.  They were supported by the tribe and when someone came to them for help they brought a gift out of respect and also knowing that to ask for help is also to give help.

People who find themselves on the shaman’s path in the modern western world are no longer living in a small tribal setting.  They find themselves helping people from all over the map, so to speak.  They are not seen in a respected light and the culture doesn’t support them in the same ways as their predecessors were supported.  One of the main reasons is because the shaman no longer is living in a tribal society where everyone knows that they must rely on each other and to support each other’s skills for the nourishment and safety of the tribe.

So how does one become a shaman?

A person becomes a shaman in one of three ways.

1.  You inherit it from a teacher through transmission.

2.  You are “grabbed by the shorts” ( spontaneous)

3.  You choose to become one through training and find a teacher.

The last one is usually seen as a less powerful shaman than the first two.

I was ” grabbed by the shorts”.

There are many websites and books written on shamans and shamanism so I won’t go into any further explanations other than to say that the shamanic path is a solitary journey and it is not for the faint of heart.

I resisted the notion that I was on the shaman’s path for many years even though people called me a shaman and referred to me as a shaman to others.  I have had no formal training but I have been encouraged and emotionally supported by medicine people and Holy people of several Native American tribes.  Those elders are now in the spirit world and I miss them.  I honor their memories by accepting the shaman’s path they so strongly urged me to follow.  They gave me gifts to help me along the way and shared their knowledge and wisdom with me.  They also told me that I would find my own expression on the path and as long as I stayed “in the proper state of mind” I would know what to do, when to do it, and how to do it.

Gerald Red Elk once told me that when people would come to him for help, he didn’t know what he was going to say to them until they took the responsibility to ask a question.  Once the question was asked the answer would be there and he could say it.  He told me that I had the same ability and that I was a healer and I would do it in my own way.  He presented me with a specially made shaman’s pipe.  A Cree medicine man carved the stem and Joe Flying Bye, a medicine man and my Uncle, carved the bowl of the pipe.

Rolling Thunder told me that I had a sensitive spirit and that I was a good healer and one day I would be a great healer and I would have so many people coming to me for help that I wouldn’t have time to feel sorry for myself.  He gave me a special medallion to wear for protection in the “crazy” world.

Don Eduardo Calderon, a Peruvian shaman, came to the mountains where I lived and conducted healing ceremonies for 3 days.  One morning after a nighttime mesa ceremony he handed me a big bottle of datura, a very powerful and dangerous solution, and he told me “here, this is for you, use it only in ceremonies.”   An acknowledgement from one shaman to another.

My Uncles, Gerald Red Elk, Kenneth Red Elk, Herman Red Elk, and Joe Flying Bye are gone to the spirit world and I miss their physical presence but I feel their spirits around me. Rolling Thunder, Don Eduardo Calderon, Chogyam Trungpa Rinpoche, Gyatri Devi, Dr. Ed Wilson, and Father George Timko have left this world as well and they were all special to me.  I will always remember their support, encouragement and gifts of spirit.